Challenge
For this project we were asked to design and develop an intuitive jam dispenser for the hotel sector in collaboration with our client Menz & Gasser, the largest jam producer in Europe. A first and therefore important step in the reduction of single used plastic packaging.
Outcome
Designed in line with M&G’s brand values, the product act as an extension of the company with the use of traditional pure materials in a modern application. The signature jar is presented as a trophy, highlighting and presenting the jam to the user.
Impact
With their first product, M&G sets a firm step towards the reduction of single used plastics in the hotel and leisure business.

Founded as a fruit-processing company, Menz & Gasser has innovated its way to become one of Europe’s leading companies in the field of producing and packaging of jams, marmalades and honeys.

The analysis phase provided insight in the context and stakeholders of the product. The brand Menz & Gasser on one side and the user needs at the other. A conceptual identity workshop gave us the design principles to work towards, while a user study with the original prototype showed the needs and limitations for the product. With a product vision, including design requirements and moodboard, this phase was concluded as a design brief for the creation phase. 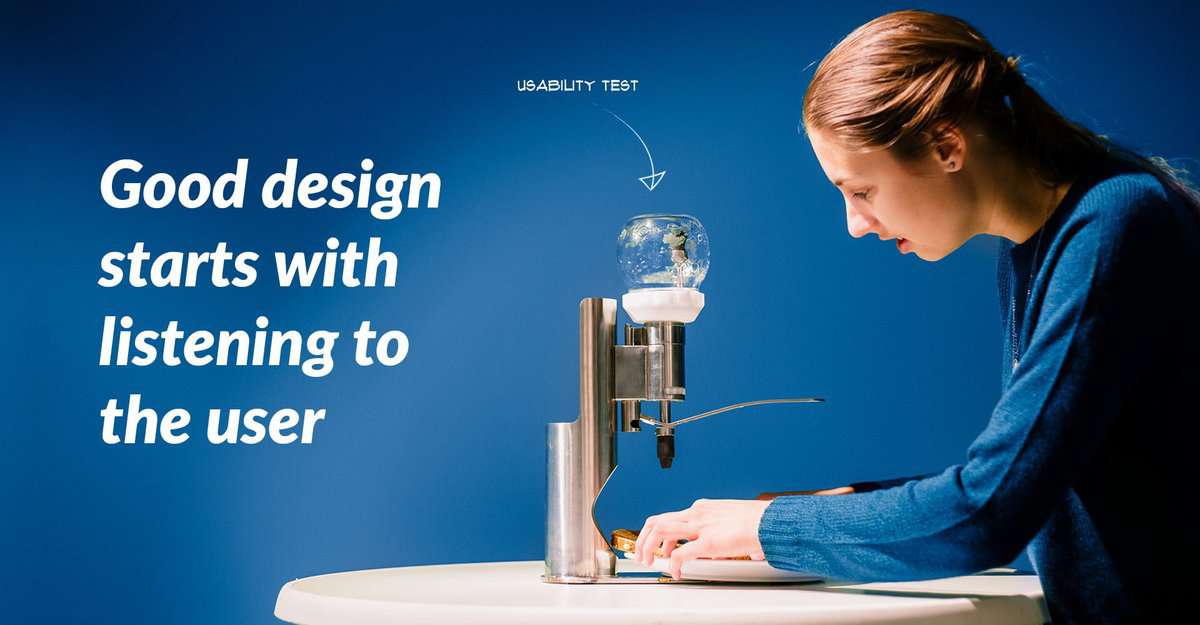 ‘TRADITIONAL – APPLIED IN A MODERN WAY’

The formulated product vision is translated from first ideation sketches into design proposals in an explorative process. During an internal brainstorm several concept directions were explored and further refined in the concept development stage.

MINIMAL BUT NOT COLD.

While it became clear early on in the process that the jar should be presented as a trophy, the product interaction and material application have been modified and improved on during the entire creation phase in close collaboration with Menz & Gasser. 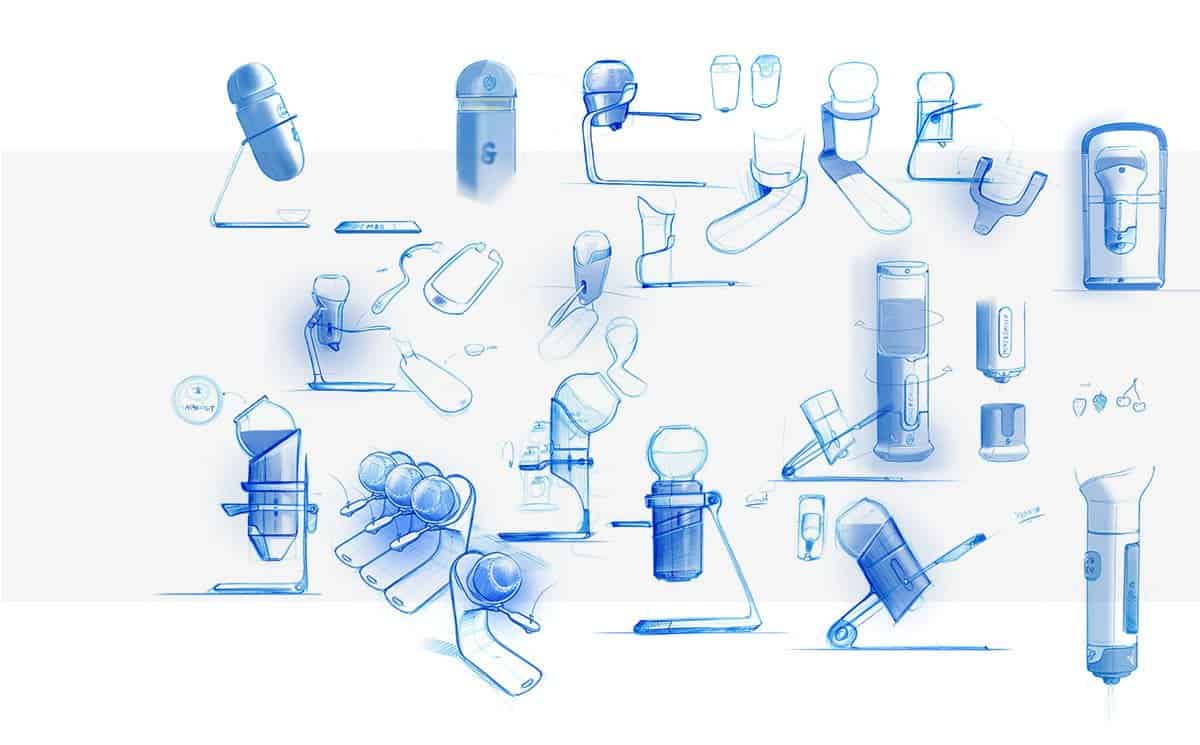 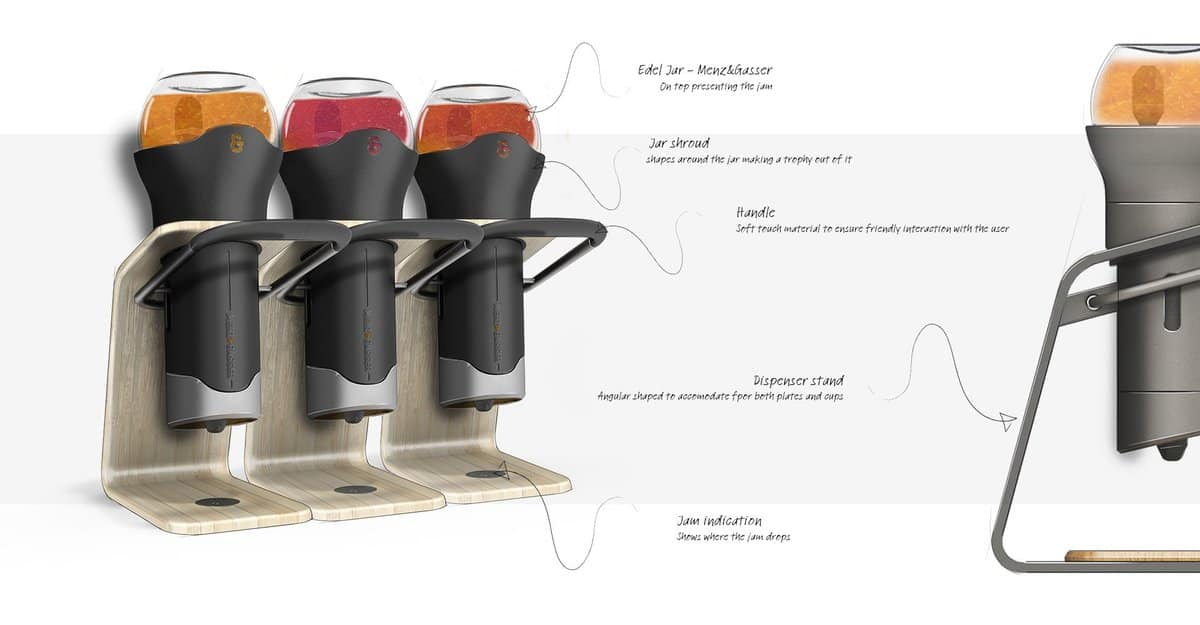 The product is engineered towards conventional production without the use of moulds, adding to the design requirements and bringing the traditional vs modern product vision to life.

The entire product is made of stainless steel, with a timber plate on the bottom to mark the serving area. The grip is made out of soft touch plastic to ensure an inviting interaction. The pump, a signature product from Bereila, can be taken out and put back in a matter of seconds, making it possible to replace an empty Jar with ease during breakfast rush hours. 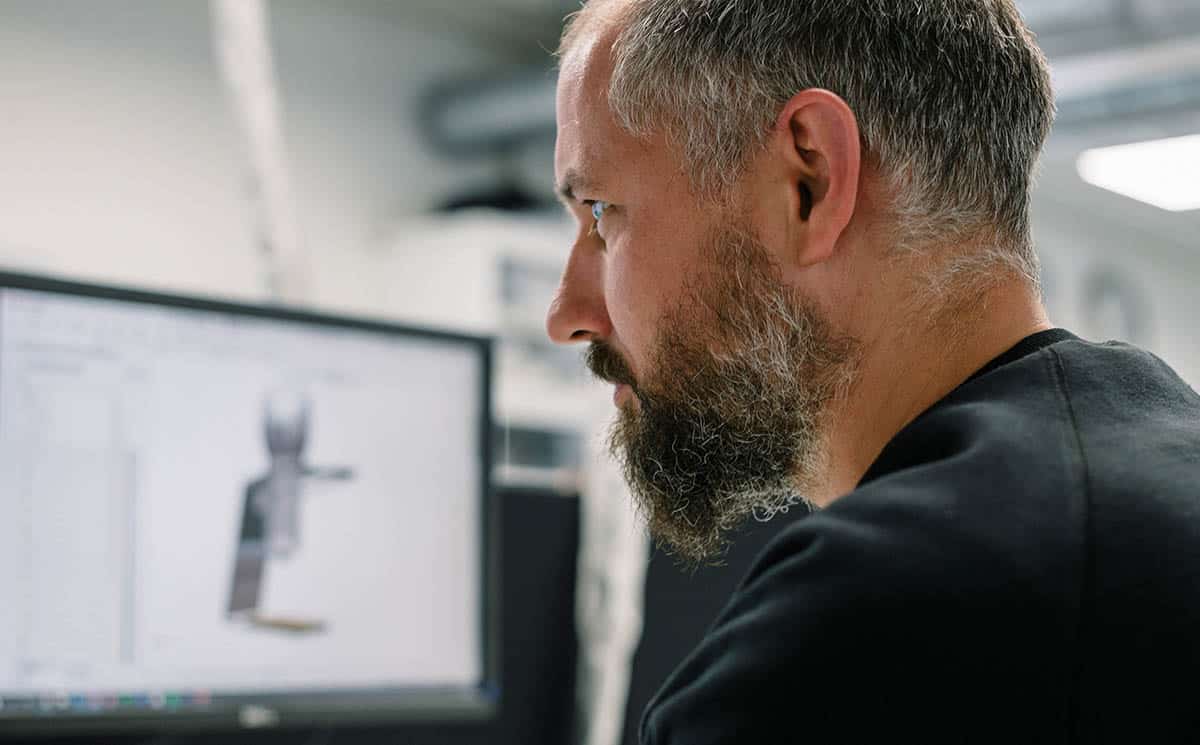 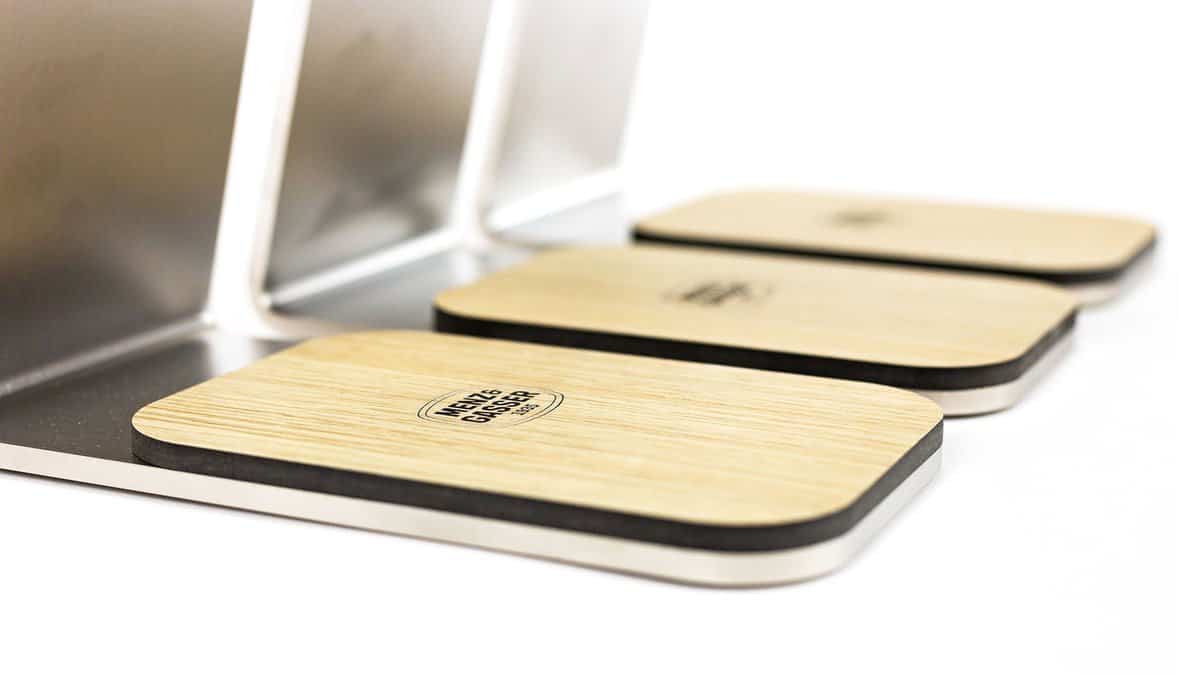 The production is done by Bereila in Groningen, experts in dispensers for the food industry. Our knowledge has been used to support the production and to ensure the delivery of high-quality parts. 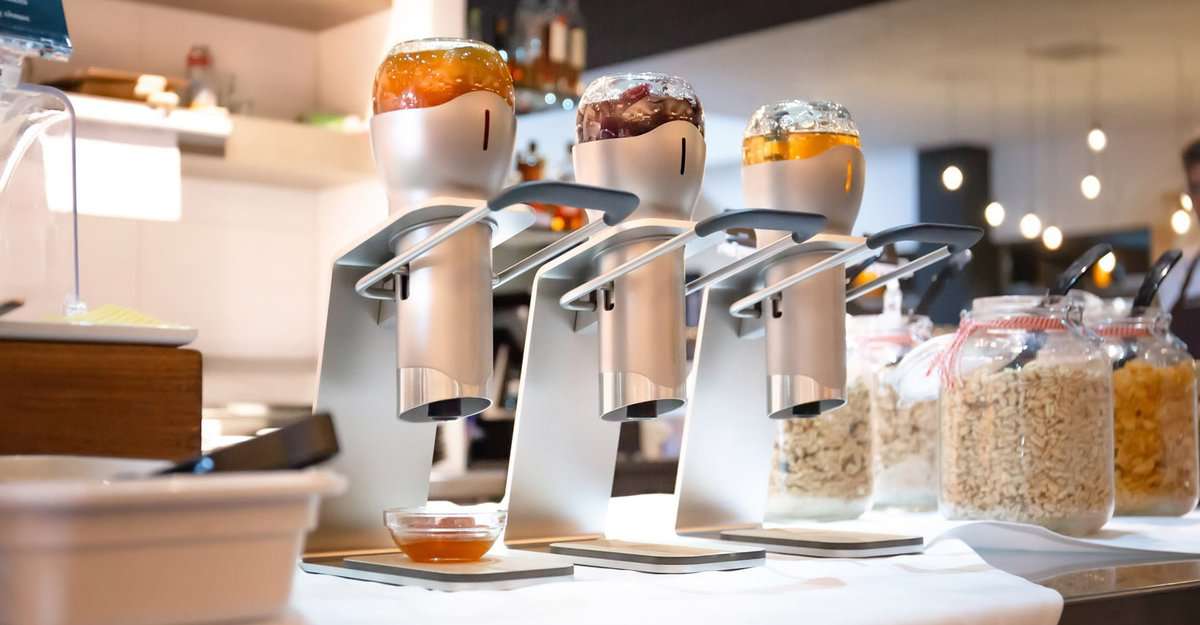 Next to the physical product, we have designed the user manual, the instruction guide for the hotel crew with information on how to use the product.

The different steps on how to change the jar and clean the dispenser including pump internals are mapped out and represented in a step by step visual guide. The guide is made from recycled paper to fit the product purpose. 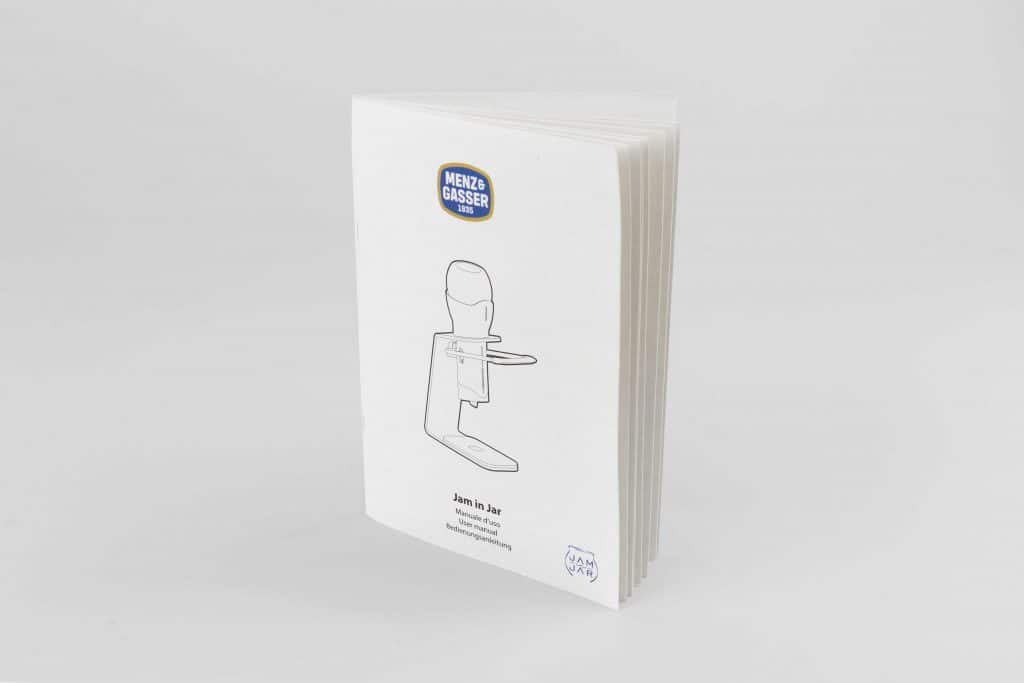 Questions regarding this product design case?

This is a product design case.
View all our services.

In our workflow we explain step by step how we approach the process.

Dive straight into the feedback!Login below and you can start commenting using your own user instantly

What makes us move?